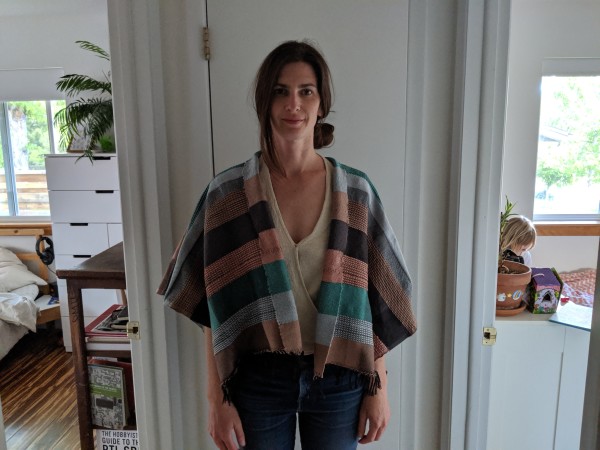 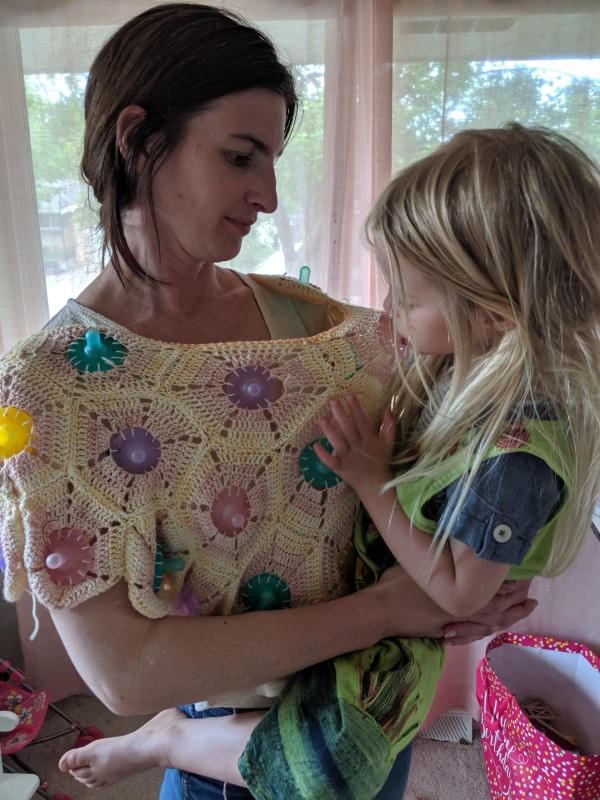 EXOSKELETONS FOR CAREGIVERS
Just as the spacesuits allow a human body to inhabit “harsh” environments, these exoskeletons are an exercise in creating hyperbolic and storied responses to the physical and emotional frictions I experience as a mother. They represent the pressures to buck up, do more, and sustain one’s body. Their flimsy and “soft” handcrafted nature sits in tension with these pressures, representing my continual failure to guard myself, of giving too much, and seeing my “worth” so-to-speak in the capacity my body affords to provide comfort and kindness. Framed as forms of protection, adaptation, and making due, the crafted nature of the forms brings a quaint and unassuming overtone to expressions of anger and discomfort. They are a reflection on how tasks can take over and occupy the self. The forms they take are often funny, not to make light of the struggles, but simply to make due and remove the taboo of seriousness and the social threat of being perceived as the hysterical women while, indeed, making forms that represent a kind of repetitive mania in their construction.

Sedimentation Garment
The exoskeleton for sedimentation emerged from an observation that related mixed up colors of play-doh with the patterns found in sedimentary rock formations. With thirteen embedded force sensors routed through the fabric, I designed it to be materially sensitive to and remembering of the forces upon my body (and my body upon other bodies). In thinking about how sediment becomes deposited and collected while also eroded by wind and rain inspired an observation of the ways that bodies form in relationship to one and other. Thinking specifically of her daily routines, which involve carrying a three year old who very much enjoys “uppy,” I envisioned a way that my garment might be able to capture and playback the forces exerted by my children upon my body, but also by the other objects that support and shape me (partners, objects, natural forces). As such, this garment is as much about providing support as it is being supported, using the embedded force sensors to “capture” such forces that we experience as fleeting. I designed and hand-wove the garment on a TC2 digital jacquard loom. The color pallet was inspired by images of sedimentary rock as well as the color of play-doh when all of the colors are mixed together—another insignificant but no less unsettling frustration I experience. I integrated thirteen force sensors into the structure of the garment by way of adding a conductive yarn into a “waffle weave” stitch, which compresses upon force and thus, creates fairly stable changes in resistance corresponding to the pressure exerted. I routed the thirteen force sensors through the fabric to attach to a yet-to-be-made PCB situated at the neck. It is envisioned as a garment that becomes sedimented with interaction, a smart surface layer that becomes dirty, moulded, and worn though the meetings of bodies.

The Nipple Poncho
The exoskeleton for sucking is a hand-crocheted garment that covers the chest, back, and upper arms in pacifier nipples.The object is conceptualized as one that allows people to safely suck on you while protecting your body. The sucking here, comes both from the feeling of nursing
children, the role of the pacifier in satisfying the innate and primal need for humans (and mammals) to suck, and the expectations that women serve the role as caregivers and nurturers. I created the garment by repeatedly hand-crocheting hexagons around pacifier nipples and stitching them together into the shape of a poncho.